How to Help Your Dyslexic Child 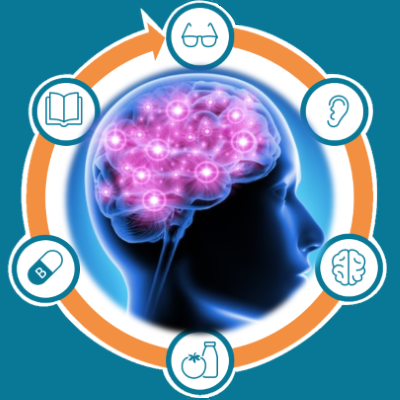 Dyslexia is caused by a neurodevelopment problem. But the brain has plasticity - it can be changed. Therefore there are lots of things you can do to reduce the severity of your child's dyslexia.

To overcome dyslexia you need to address the root causes, not just the symptoms.

This guide discusses some options. The number of things you need to do will depend on how severe your child's dyslexia is. 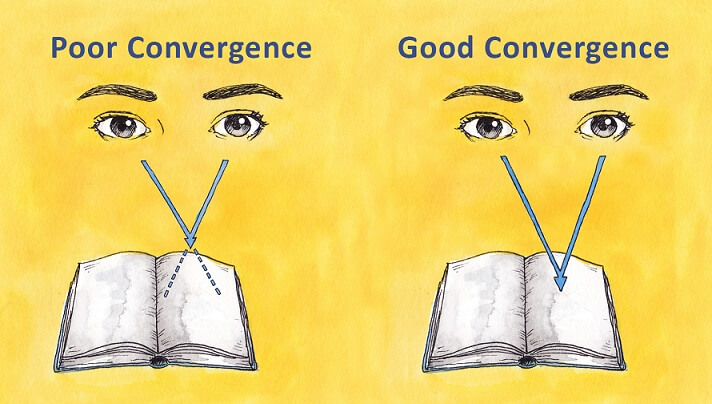 The first cause you should look at is vision problems. To read fluently you need to focus both eyes on the same letter and then scan across the page.

Most people with dyslexia struggle to do this. Their eyes wobble and they make erratic eye movements[1,2,3,4]. They often look at around 1,000 points per minute, instead of 150. These extra points they focus on are in the wrong place, so dyslexics spend a lot of their processing power filtering out the wrong images.

If your child can’t focus both eyes on the same letter, then their brain receives two different images at the same time. Their brain then doesn’t know which image to use and so it alternates. This causes the letters to appear blurry or to move around.

If they can’t focus both eyes on the same letter they probably also have tracking problems caused by excessive eye movements. Their eyes wobble all over the page when reading. This causes them to skip words and lines when reading, and also to reverse bs and ds and other letters.

These vision problems are easy to treat by playing Engaging Eyes every day. Engaging Eyes is an online vision training program that uses 3D games to teach a child how to converge their eyes on the same point, and then track across the page. 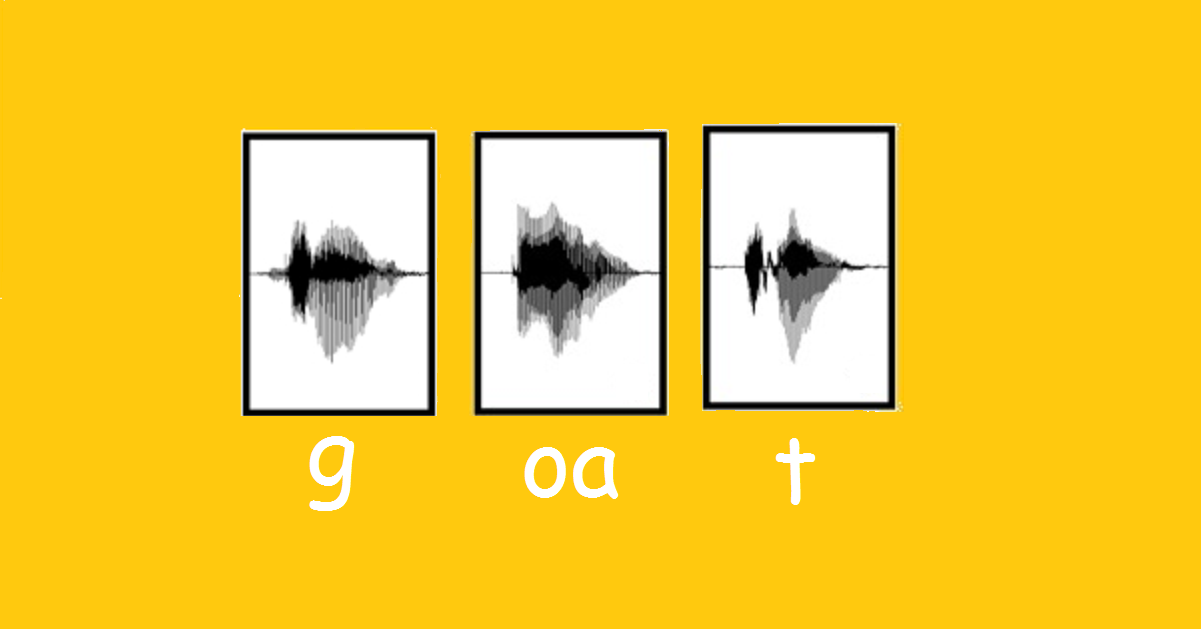 Children who struggle to learn to read using phonics have Phonological Awareness problems (The Phonological Deficit), which means they can’t hear individual sounds in words. It’s no good learning that ‘oa’ makes the long o sound, if you can’t hear that ‘goat’ contains a long o.

Once their eye control and phonological awareness have improved, you are then ready to teach your child to read using a structured phonics scheme. There are many high quality schemes available, we recommend Dancing Bears or Toe by Toe 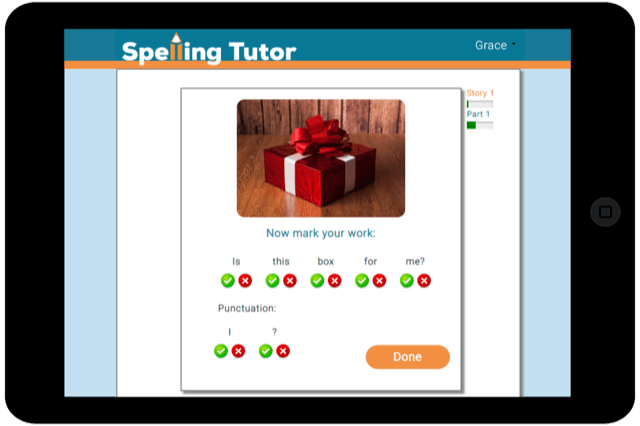 If they’re making progress with learning to read, then it’s time to work on spelling. While phonics is a great way to learn to read, it is not a very helpful way to learn to spell. English is such a strange language, there are no rules to follow. You really need to memorise the spelling of every word.

The best way to memorise spellings is through spaced repetition, repeating each word over and over again over the course of a month.

Also, while we are learning to spell each word, our brain is memorising the shape of the word and storing the shapes in the orthographic lexicon (shape dictionary) of the left brain.

The best way to learn spellings is to write them out as well as seeing and hearing them. Which is why we recommend playing Spelling Tutor. It dictates words and sentences for your child to write.

Spelling Tutor repeats the words your child gets wrong over and over until they have learned to spell all the words in common use.

If your child really struggles with phonics and has poor phonological awareness it is probably due to distorted hearing.

An audiogram shows how well you hear in the normal speech frequency. Perfect hearing would be a straight line at zero. Each sound (like ssss or th) is a different frequency. Below 20 decibels indicates hearing loss. The areas above zero are hypersensitive, which can be painful, like fingers running down a black board. 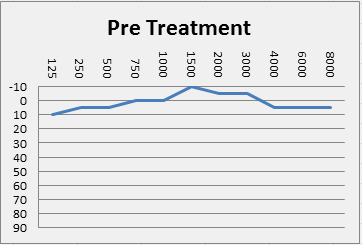 This is a dyslexic child's audiogram. Notice how distorted her hearing is. At 1500 Hz the left ear is -10 dB, and the right ear is 5 dB. This sounds like she's listening to two different crackly radios.

Distorted hearing can be improved by Auditory Integration Training. Improving distorted hearing not only makes reading easier, it also speeds up processing speed, as your brain no longer has to spend energy undistorting the sounds.

Here are the audiograms for the same child after doing Auditory Integration Training for 10 days: 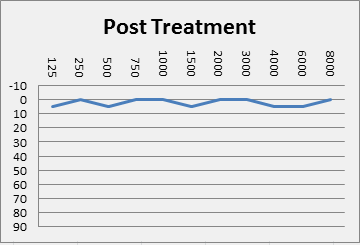 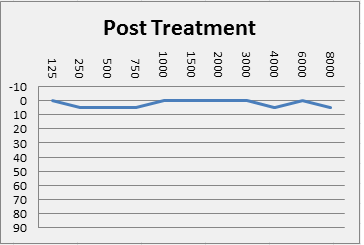 You can see that doing Auditory Integration Training has eliminated her hypersensitive hearing, and given her a much flatter and more balanced response in both ears. Her hearing is no longer distorted.

Her auditory discrimination also improved from 20% error rate to 5% after treatment.

If your child has dyslexia, and the above steps are not enough, you should consider having an assessment for Developmental Delay - a glitch in the development of the brain. Neurodevelopment therapy will improve functioning of the cerebellum, and other areas of the brain, that cause dyslexia. Pinpointing the underlying causes allows a therapist to prescribe effective treatment.

The cerebellum controls all movements of the body. If there is a problem with its timing, then the left and right sides of the brain will also be thrown out of sync. Reading involves input from both the left and right sides of the brain, so it is much harder to read if your cerebellum, and the two halves of your brain, are not working together. This coupled with poor eye movement control (erratic eye movements and convergence insufficiency) makes learning to read a nightmare.

Luckily, the cerebellar issues are relatively easy to fix by doing exercises like The Stairs Exercise or by doing a personalised neurodevelopment therapy like Tinsley House Clinic or visiting Newland Chiropractic Clinic.

Neurodevelopment therapy is holistic and includes dietary advice, supplementation, daily physical exercises and computer exercises that use and coordinate different parts of the brain. Typically therapy takes 1 - 2 years to complete.

60% of the brain is made of fat. Roughly 20% of that fat should be omega 3, and if the brain can't source enough omegas it will take anything going, including bad fats from a modern Western diet. So it is very important to take a high quality Omega supplement, like Vegepa, otherwise your brain won’t be working at full capacity.

Studies have also shown that children with dyslexia are also usually deficient in Zinc, Magnesium, Vitamin B12 and Vitamin D, so we recommend taking them as supplements as well at an age appropriate dosage. A particular area of the brain called the anterior cingulate requires a lot of zinc and magnesium to function efficiently. An under active anterior cingulate is associated with attention deficit, impulsivity and hyperactivity. Also, most of the neurotransmitters used in the brain require zinc, magnesium and vitamin B6.

You can also visit a nutritionist and get blood tests done to find out exactly what vitamins and supplements your child needs to take.

If your child’s cognitive function is very spiky, for example, sometimes they’re a lot better at reading than other times, then this is probably due to diet.

If your child has a leaky gut, undigested peptides from gluten and dairy enter the blood stream. When they get to the brain the bind with the opiate receptors - that is your child gets a morphine like high from eating gluten or dairy.

Suspect your child has this problem if they have:

Gluten takes 6 months to leave the body and dairy 6 weeks, so you will need to stick with a gluten free / dairy free diet for a good few weeks to see if you can notice improvements.

It is also essential to remember it is not just what you eat, but when you eat that matters. You need to maintain a steady blood sugar level to avoid sugar highs and lows and the associated mood swings.

If your child's ears or eyes are slightly out of alignment a cranial osteopath can put them back in alignment which can make a huge difference to their reading.

Your child may have had a crash or bumped their head at some stage, or the problem may have even started during birth, while they were being delivered.

When Alex was dizzy all the time, a cranial osteopath found the problem and easily fixed it. This made life much more pleasant for him, and he was able to concentrate in class much more easily.

However I didn't know Alex was dizzy all the time till I asked him. Because it was constant, he thought it was normal and never thought to tell me about it. Dr Levinson in Smart but Feeling Dumb claims that dyslexics are often dizzy, which he treats with medicine.

Abby's eyes were very slightly out of alignment after a cycle crash, which made it hard for her eyes to work together. Again this was easy to fix, and made a massive difference to her reading.

This is just a selection of things which I have personally done, but there are many other therapies that also help. 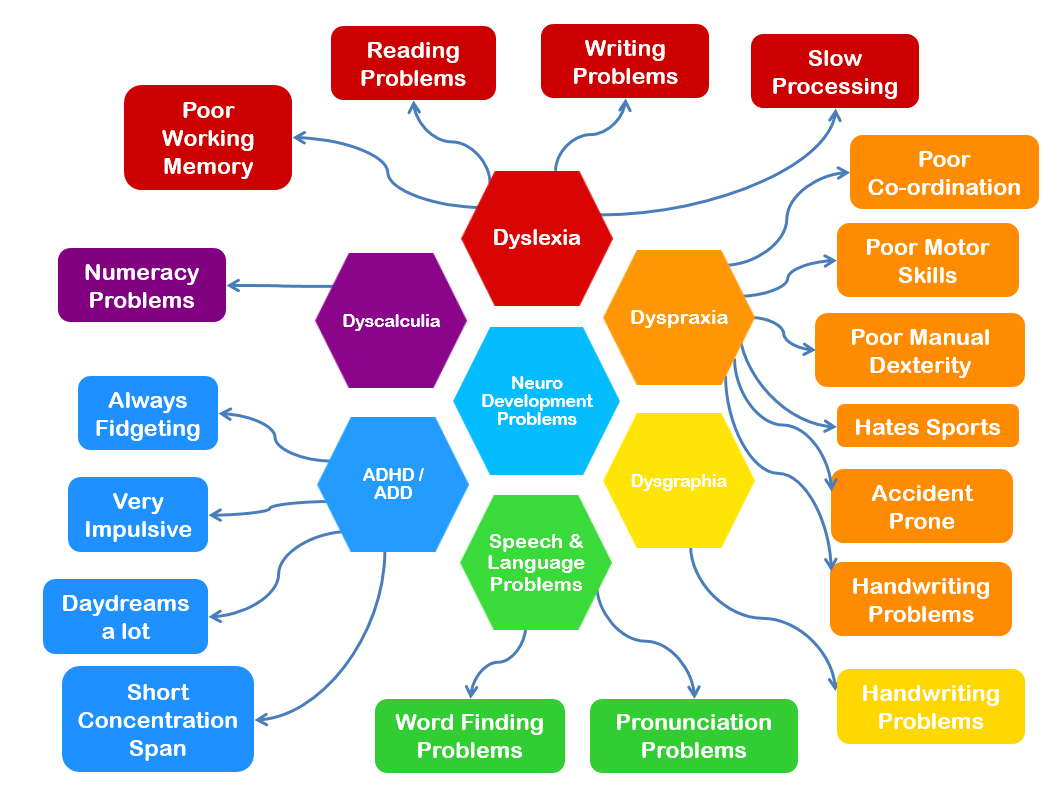 If your child has dyslexia it’s very likely they also have one or more of the following problems: Speech problems, Word finding problems, ADHD, ADD, Dyspraxia or Asperger’s. Remember, if the brain glitches in its development more than one problem is likely to occur, so don't just focus on the obvious and look at the big picture

Don’t confuse these problems with dyslexia, instead research them and try to overcome them as well.